MPLA Dan Chaney Unsung Hero Award:  To be given to an MPLA member who has consistently worked behind the scenes to create, administer, or support a library-related organization or project and who has not previously been recognized to the degree their work merits. 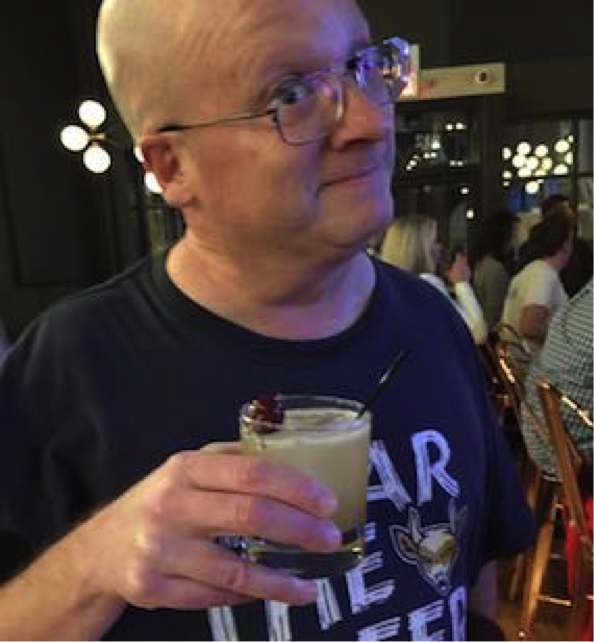 At his death at age 52, Dan Chaney was Associate Professor and Social Sciences Librarian at Oklahoma State University in Stillwater. He had been an MPLA member for over 20 years. He served as MPLA Webmaster, unofficial photographer and social media contact, and received the Carl Gaumer Library Champion Award in 2009 for his service to MPLA. Witty, profane, probingly intelligent, creative, irascible, and deeply caring, Dan was beloved by his students and his colleagues.

MPLA Beginning Professional Award: To recognize an MPLA member who, as a librarian/media specialist within the first five years after being awarded a library/media degree, has made a positive impact on the quality and role of library service. Factors such as innovative programming and planning, use of resources, and special projects will be considered.

MPLA Innovator Award: To recognize an up-and-coming individual(s) or group(s) in the MPLA region for a creative, inventive, trail-blazing project that has significance to the library community.

MPLA Distinguished Service Award: To be given to an MPLA member who has made notable contributions to the library profession, furthered significant development of libraries in the Mountain Plains region, or performed exemplary service for an extended period of time. If the individual is retired, the nominee may be a past member of MPLA.

Carl Gaumer Library Champion Award: To be given to the individual, organization or company whose positive support of the Mountain Plains Library Association is demonstrated by repeated conscientious endeavors towards libraries, library staff, trustees and professional activities.

Carl Gaumer, Gaumer Reference Services, was a popular library book vendor and a major supporter of MPLA in the 1970’s.  Based in Denver, Gaumer Reference Services served a number of western states. Carl traveled throughout the MPLA region and often exhibited at Library Association conferences.  Among MPLA members, he was most famous for sponsoring a train from Denver to Reno for a joint conference with the Nevada Library Association in 1978, providing a band and refreshments for the 106 librarians who took the train.  The award, originally named the Carl Gaumer Exhibitors Award, was later expanded and renamed to include any person or group who significantly supports and champions libraries.

MPLA Literary Contribution Award: To be given to an author whose published writings have successfully furthered an understanding and appreciation of the Mountain Plains region. The author need not reside in the region. The nomination may be based on either a single work or a body of works. Published works will be evaluated on the basis of literary worth, readability, and evidence of responsible research.

A link to the Award Nomination Form is available at https://mpla.us/forms/mpla-forms/awards-nomination/

Expand your horizons and join our community.